Over the ages, different rival factions have come and gone. Today, just a handful of factions remain. They represent the strongest, cleverest, and most powerful Scripters of the Iron Way, and it is they who compete in Script Hall today. 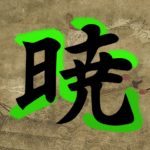 Honoring their Eastern origins, this faction is known for innovation and revelation, and for their secret, mysterious ways. Daybreak claims to be the oldest faction of the Iron Way, with an unbroken lineage of leaders dating back to the mythical era. As such, they see themselves as the curators of the Iron Way, and have little patience for factions who claim to bring innovation into the Scripting Hall. They have a particular rivalry with Battle faction, whose younger, rough-and-ready style, they feel, makes the Iron Way feel less special and unique.

Daybreak coders rely on time-tested techniques and careful presentation of code. They believe that code is a form of poetry, and one of the highest arts to which human beings can aspire. They value aesthetics over perfection, preferring code that is as beautiful in an editor as it is in execution.

Daybreak’s ultimate goal is to hold the code for themselves but to use the code for the benefit of all mankind. They see themselves as benefactors who can create beauty for others to use and consume while ensuring peace and prosperity for all. 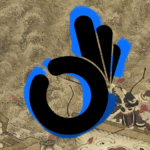 Flawless, who sometimes refer to themselves internally as the?snove?faction,?share a broad aesthetic similarity to Daybreak faction. However, they feel that code should represent the most perfect possible pinnacle to which a human can rise. During informal competitions, they will argue endlessly about the minutia of formatting, modularization, and more. While this seems to waste time, the faction is also known for producing some of the most… well, flawless code around. Debugging is ingrained to them at a young age.

Flawless is one of the most global factions, drawing members from all over their world. They formed from a coalition of smaller factions, many of whom were attacked ruthlessly by Daybreak faction, who felt that their dedication to coding perfection caused them to ignore the simple beauty of code. Flawless has no problem producing code that is purely utilitarian and un-beautiful – so long as it is flawless.

Flawless’ ultimate goal is to put the code in the hands of all – but to ensure the perfection of that code. They see strict order and hierarchy as the only way to preserve that perfection. 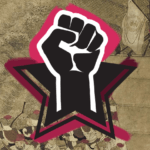 Predominantly a North American faction, Battle also draws acolytes from other lands and countries with a vigorous spirit. Eschewing both Daybreak’s obsession for beautiful code and Flawless’ love of perfection, Battle embraces “Agile” like no other faction. They believe that code is a thing made to run,?and to?do things.?During the Era of War, Battle became one of the most powerful factions – leading to their survival today – because they produced code faster than any other faction. While their code was often less-than-beautiful to behold, and rarely bug-free, it often got the job done “good enough” for the time and place at hand.

Battle is also the one faction not above attempting to steal code, techniques, and even acolytes from other factions. Whatever gets the job done is fair game in their opinion, although their antics have led to them being censured in more than one Iron Scripter competition.

Battle’s ultimate goal is to create?more code.?More,?they believe, will make the code more robust. It will allow the code to adapt, and to evolve, and if it is less than beautiful, at least it is in the hands of all. 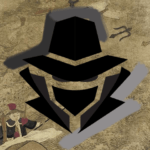 Dark faction is one of the most mysterious of the surviving factions. They never participate in Iron Scripter, preferring instead to take power stealthily. They work behind the scenes, out of sight. It is suspected that they frequently infiltrate other factions to exert a controlling influence through charm, persuasion, and lies.

Their ultimate goals are unknown and, likely, unknowable.